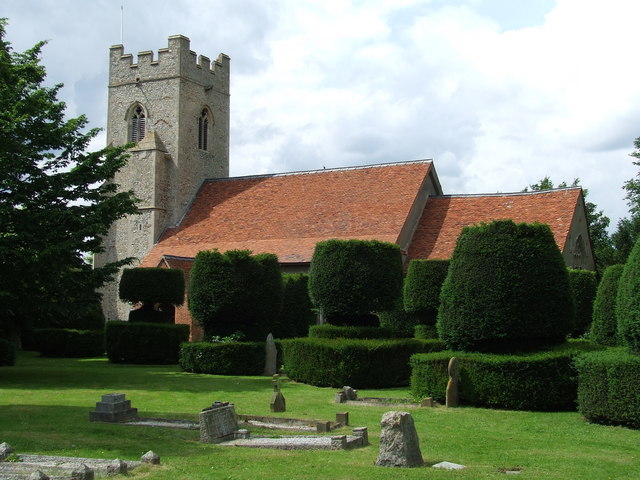 While almost all paranormal investigators were focused on Borley Rectory, they completely overlooked Borley Church. This 12th century church in Borley, Essex, is perhaps not as haunted as the rectory that was close to it, but it’s haunted alright! And, in contrast to Borley Rectory, the church still stands today and is open to the public.

Borley Church was built where once a wooden church stood at the time of the Norman Conquest in 1066. Of course, there are no traces of this old church anymore, but it was there according to historic documents. The church as we know it today is beautiful in its simplicity. But looks can be deceiving.

Harry Bull, Henry Bull’s son, lived at Borley Rectory since he was a child. He already claimed there was paranormal activity at the church. When he visited the church with a friend a faint tapping sound was coming from outside. The tapping was getting louder and closer, as if it wanted to get inside Borley Church. The sound was going around the walls as if it was looking for an entrance. Harry and his friend decided to take a look on the outside, but there was nothing to be seen.

The sound of footsteps at the church is a re-occurring phenomenon. Different people had the same experience: hearing footsteps inside the church while it’s empty. The footsteps would walk towards the door and then the sound of a turning key or the door being latched are heard. The door sometimes is indeed locked from the inside, as if the person inside doesn’t want anyone near the church. Another man claimed he was taking a walk in Borley town one night and when he approached the churchyard, he could clearly hear someone walking towards him. He didn’t see anyone! When the footsteps were getting close, he could sense somebody walk by him. He suddenly felt very chilled and whatever it was, it wasn’t friendly.

Strange smells have also been reported at the church. It’s quite difficult to put a name on it, but people say it’s very heavy, overwhelming and really disgusting. There was even a lady who could imagine an embalmed body would smell like this, even though she never smelled a real one. The smell can also be smelled at the churchyard where it kind of lingers, even when the wind is strong. It cannot be blown away.

There have also been claims of apparitions at Borley Church. A nun has been seen walking the churchyard, even though there are no reports of her being inside the church. She has a very sad expression on her face. There’s also the spirit of a young veiled lady who walks the churchyard grounds. She’s about 18 years old and looks very much alive until she vanishes into thin air. Inside the church the apparition of a monk is sometimes seen. He’s squatted in a corner as if he’s hiding.

The church organ has a life of its own sometimes. It tends to start playing by itself. An EVP recorder once picked up a chilling deep, mournful sigh and a groan while some paranormal investigators visited the church. This church seems to be just as haunted as the rectory, perhaps even more…