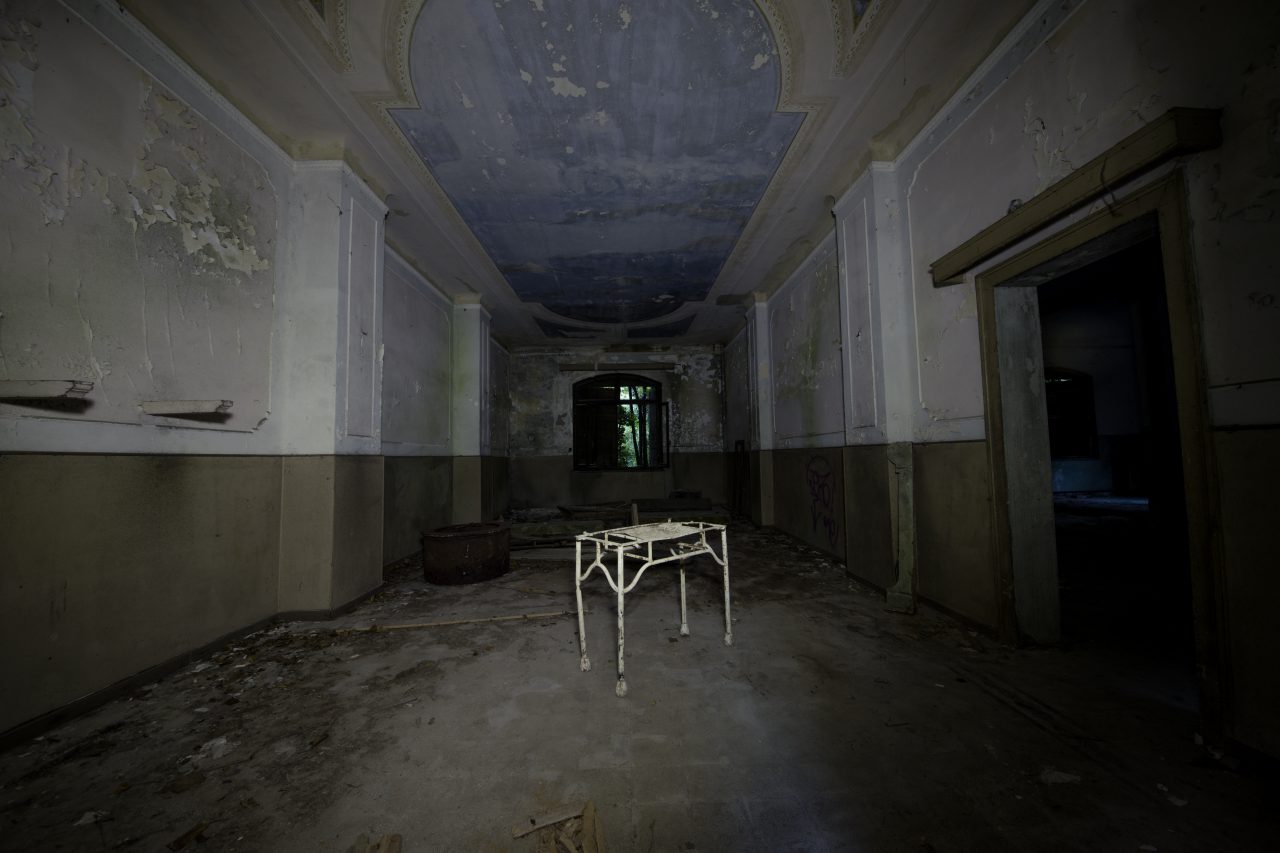 In the north of Italy, you’ll find what’s called the Venetian Lagoon. Between the islands Venice and Lido, you can find Poveglia Island. This island is often referred to as Plague Island. No other place in the world has seen so much suffering as this place. Residents of Venice refuse to go near the island, they say it’s haunted by many restless ghosts.

The history of the island

Wow imagine being very, very sick. You are taken away from your home, your family, and put on a boat full of dead and near dead people. You know your days are numbered. And then the doctor comes around. He wears a strange mask with a bird-like beak. What kind of horror must these people have endured in their final moments? I can’t even imagine how terrifying this must have been. That doctor’s beak, by the way, was filled with herbs that would “purify” the illness. Well, that wasn’t very helpful for we now know the Plague was caused by bacteria, not by a virus.

In the 16th century the first ships loaded with Plague victims arrived at the island. Venice, being an island as well, was vulnerable for epidemics. Leaving the sick and dead victims in Venice, could have catastrophic effects. That’s why the sick and dead were transported to the vacant Poveglia island. The dead were thrown into deep pits. When these death pits were full, they were set on fire or covered with dirt. People claim Poveglia consist of 50% dirt and 50% human ashes.

Wow imagine being very, very sick. You are taken away from your home, your family, and put on a boat full of dead and near dead people. You know your days are numbered. And then the doctor comes around. He wears a strange mask with a bird-like beak. What kind of horror must these people have endured in their final moments? I can’t even imagine how terrifying this must have been. That doctor’s beak, by the way, was filled with herbs that would “purify” the illness. Well, that wasn’t very helpful for we now know the Plague was caused by bacteria, not by a virus.

When the mass graves were discovered, a century later, the researchers stumbled upon something even more gruesome. In some graves they found skulls with large pieces of rock clamped between the jaws. Every time, when a victim had died, a death pit was re-opened. Sometimes, a recently buried corpse had blood dripping from his or her mouth. Decomposition gasses blew up the corpse and sometimes ruptured internal organs. The blood, coming from these organs, found its way out through the mouth. Gross, I know, but that’s how it works.

But they didn’t know that back in the 16th century. Back then, they believed that person had to be a vampire who was feasting on the other corpses. Can you imagine that it’s you who was to re-open a pit, which is disturbing enough, and you would discover a corpse who’s got blood dripping from its mouth? The horror! I guess I’d never sleep again! In the 16th century the solution to slay a vampire was to put a stone in the mouth so it would starve. I hope they had good counselors back then.

Fishermen still avoid Poveglia Island. They literally navigate around the area widely. When the skies are clear, you can allegedly see the skulls and bones under the water surface. When a skull or bone accidently is caught in the net, the entire catch is thrown back into the deep. The fishermen rather take their loss than take the risk. Around 160.000 Plague victims were buried or cremated on this island.

In 1922, new people came to live on the island. This time the new residents were psychiatric patients. The director of the facility was your typical mad scientist who liked to perform horrible experiments on his patients. Experiments such as the terrible lobotomy, a cruel form of brain surgery, which is done with a chisel and a hammer right above the eye. The director eventually lost his mind and threw himself off the clock tower of the facility. People claim the ghosts of his victims drove him to his deed. The decaying psychiatric hospital is still there, but since 1968 nobody lives on the island anymore. Well, except for a few very unhappy ghosts.

It’s not hard to imagine the place is overcrowded with restless souls. Fishermen claim to hear screams and moans from the island and they say that the clock in the tower can be heard sometimes. Which would be impossible because the clock itself has been removed years ago. “Little Maria” is a spirit that has been seen on the island for over 400 years. This young child most likely died from the Plague. She roams the beach while she cries in a heartbreaking way.

There are also some spirits from the time it was used as a psychiatric hospital. Pietro, a man with two amputated legs, used to race his wheelchair through the hospital. People claim they can hear his phantom wheelchair racing up and down the corridors. Frederico grins and laughs out loud the entire day and the spirit of a young female is seen regularly as well. She has a terrifying expression on her face. People say she’s scared of the mad doctor who still performs his sick experiments here. A pair of huge eyes have been seen just below the water surface and people see faces behind the windows of the hospital.

Other ghostly encounters on the island

People claim being watched and even followed around the island during their visit. Some get emotional when stepping on the island, feeling deep dread and sorrow. The hospital can be entered on several places, but the easiest entrance is the scariest. You’d have to crawl through one of the cremators. Visitors of the hospital claim to see shadows on the walls that appear to follow them throughout the entire facility. Sometimes people get scratched and pushed and, in the end, nobody leaves the island unshaken.

Poveglia has its own government and is closed for the public. Even though fishermen avoid it desperately, it draws like a magnet to adventure seekers who want to catch a glimpse of all the island’s misery. Who wants to enter will have to apply for it, and it can take years to get an approval. Going there without it is against the law. Besides, it’s hard to find someone who’s willing to take you there. The Ghost Adventures crew were given permission to film here, and they still suffer from the consequences. Would you go there if you could?

The breathtaking medieval Burg Eltz, or Eltz Castle, can be found in the hills of the German town Wierschem, between Koblenz and Trier. Burg Eltz is one of the few castles in the area that was never destroyed during a siege and it can be visited today. This castle used to be the home of […]
Everybody knows the Legend of King Arthur. Even today, people are trying to find evidence of the existence of this once powerful King. Perhaps you think his story only ties to England, but this story will tell you otherwise. The cradle of King Arthur’s legend is in Brittany, France, in a mysterious forest called Fôret […]
Erasmus Castle, or in Afrikaans “Erasmus Kasteel”, is located on a hill in the Erasmuskloof, Pretoria, South Africa. It overlooks the entire area and is of great historical importance. Today, it’s owned by a company named Armscor and tours can be booked by appointment. The imposing mansion is also referred to as Die Spookhuis, or […]